Visual Impairment: Its Effect on Cognitive Development and Behaviour 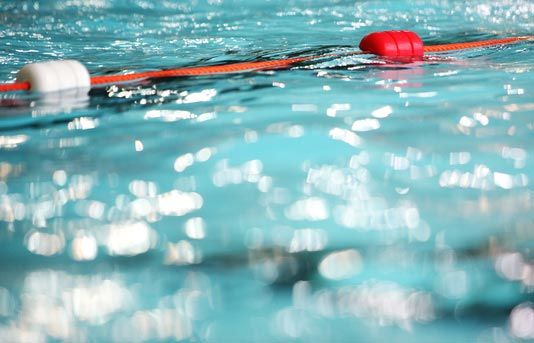 Visually impaired individuals are all very different. The degree of impairment, personality, intelligence, background and the presence of other disabilities all have varying effects.

The effect of visual impairment on cognitive development and behaviour

"Visual impairment" refers to all degrees of reduction in vision. "Blind" is defined as having no more vision than light perception in both eyes and where corrective lenses would make no difference. The prevalence of significant visual impairment is around 1/2000 in the Western world.

Visual impairment present at birth could be due to genetic anomalies or due to injury to the developing visual system. Dependent on the cause, the possible presence of other impairments may be indicated, as in rubella.

The degree of residual functional vision refers to acuity, the ability to interpret visual information in a practical sense and the conditions under which residual vision is optimal.

Visually impaired individuals are all very different. The degree of impairment, personality, intelligence, background and the presence of other disabilities all have varying effects. For instance, cognitive ability will affect the ability to conceptualise the environment in the absence or reduction of visual information. Temperament and personal characteristics may facilitate or interfere with adaptive tasks. As a visually impaired child grows older, although acuity may remain constant, visual function seems to improve as they gradually learn how to use the residual vision more.

Visual impairment and communication
One of the most common misconceptions about blind children is that they are equally or more adept in language skills than their normally sighted peers (Fraiberg 1977). In reality severe and early impairments are likely to affect the language development of affected children. The differences are in part due to limited access to the environment and to differences in verbal feedback from people around them. They lack visual references and have reduced integration of information from their parents. More recent studies have found that the language of visually impaired children is more self-oriented and that the word meanings are more limited than for normally sighted children (Anderson et al 1984).

Vision enables us to perceive objects in their totality and in context. Severely visually impaired children have to rely on sequential observation. They can see or touch only part of an object and from this limited information build up an image of components. Awareness of relationships between objects occurs later, and initially connections between sounds and objects are not often made. Based on the different conceptualisation of the environment, blind children may follow alternative paths of language development. The use and nature of language differs in non-verbal patterns of communication, loudness, posture, smiling and other facial expressions, and their reliance on formulaic and standard expressions.

A study by McConachie and Moore (1993) found that, almost paradoxically, parents of blind children were less likely to amplify or emphasise the meanings of their communication to the child, or to describe objects and events in detail. This delays and complicates the process of making links between early language and the surrounding world even further.

Auditory memory skills may play a different role in language development which may lead to a skewed perception of the ability to use language in comparison to sighted children. Verbal reasoning skills appear to lag behind auditory memory skills that can cause problems when having to change topics quickly or when incorporating broader meanings of a word, particularly in social situations.

Syntax and grammar seem to develop in a similar manner to sighted children, but the blind child and sighted listener may have difficulty understanding each other's referents (Landau 1997).

Burlingham (1972) reported a higher incidence of echolalia, both immediate and delayed, for blind children This could be expression of better-developed auditory memory skills in blind children. However, although visually impaired children may be more aware of the presence of auditory clues in conversations, this does not necessarily mean that they have correctly identified the implied meaning.

For visually impaired children, the process of adapting to society will differ from that of normally sighted children. Many social clues take the form of body language and therefore require vision in order to be understood, so may be only partially or not at all accessible (Groenveld 1993). Congenitally blind children are not aware of the reactions from others to their own body language unless they are specifically taught. Partially sighted children who have behavioural adaptations to make their sight more functional may, unbeknown to them, communicate body language that implies feelings that they are not actually experiencing.

Visually impaired children often face problems in social integration. Although they may have a great desire to belong to a group, they may have fears about how to go about it. This shift from family norms to peer group norms can be very difficult and pressure to be "normal" can further inhibit this integration, so much so that partially sighted children may start to deny their impairment altogether.

Visual Impairment and Mental Health
The behaviour of visually impaired children is shaped by the limitations of their visual input. This alters their perceptions of the environment, their own understandings of cause and effect and the relationships between people and/or objects. Their behaviour may well be their normal reaction to different information that they receive, rather than a deviation. Several studies have reported a high incidence of psychiatric disorder in blind children (Jan et al. 1977). However the criteria used in diagnoses are based on the sighted population. It is therefore difficult to tell if one is dealing with the outward symptoms of a psychiatric disorder or of the visual impairment itself. It is therefore very important that assessments regarding behavioural deviance are made by clinicians who are familiar with people who are visually impaired.

For the congenitally blind child, the concept of self may be delayed because of difficulties in communication due to the lack of eye contact with the mother and responsive smiling. Representational play also develops much later than normal, and the individual may wrongly be labelled "autistic". Furthermore some young blind children show pronoun reversal as is found is autism. Autistic-type features in the behaviour of totally blind children are quite common. These stereotypic movements include flicking hands or fingers, rocking, spinning, body swaying, twirling and tapping for example (Jan et al 1977) as are seen in autistic children.

Before labelling the child as autistic, the degree to which the behaviour can be minimised or modified must be investigated. It may be an expression of under-stimulation, so providing a stimulating activity may reduce the behaviour. On the other hand the movements may be due to over-stimulation. This is commonly found in children with cortical visual impairment who resort to repetitive behaviour when the environment becomes too visually complex for them to cope with (Groenveld 1990). When the environment has been made more visually acceptable for them, if the deviant behaviour is reduced, it is more likely that the cause was the visual impairment rather than a psychiatric disorder. Nevertheless, any deviant behaviour must not be initially assumed to be as a result of the visual impairment alone. Other factors must always be considered such as additional intellectual disabilities, emotional problems and language disorders. These may be compounded by the visual impairment but not be caused by it.

As visually impaired children do not have access to visual modelling and shaping of expected behaviour patterns, a number of their behaviours may be mistakenly diagnosed as pathological. Depression can be wrongly suspected or diagnosed because of misunderstanding of body language. Blind children often have low muscle tone and because they do not need to maintain eye contact for information, sit with their head down. Furthermore a child may misinterpret the meaning for the language and use overly dramatic statements that carry their own personal meaning.

The "I-You" distinction in congenitally blind children is delayed, as is representational play, which is part of the basis for the development of symbolic language. Kitson and Thacker (2000) suggest that as a result, congenitally blind adults may have depersonalised relationships; they may seem unmotivated and "schizoid". Professionals are likely to underestimate mood, intelligence and personality in any client with reduced expressive behaviour.